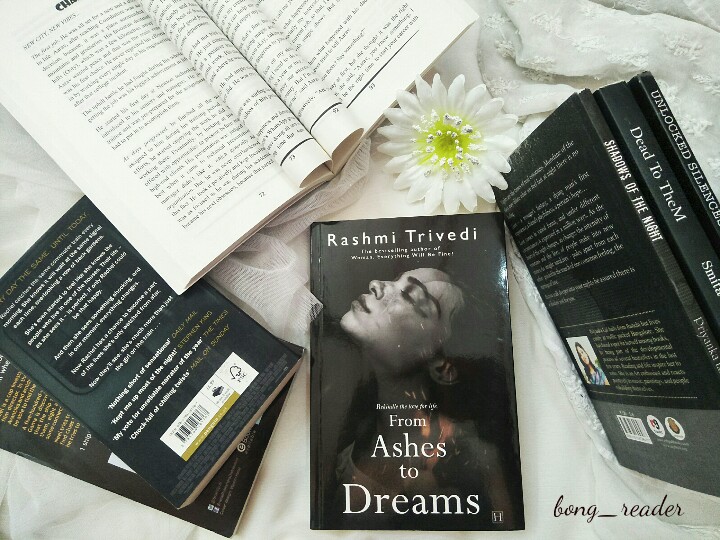 “Love should give you strength and not make you weak”

#blurb:Sometimes life brings you at a crossroad, where you have no choice but to live every day as if it was your last one. Naina was at such a crossroad! An orphan, she did not have much to look forward to in life, until she fell in love. Love gave her wings and she started to fly, only to come crashing down as the wind beneath her wings turned into a storm. She tries putting an end to her now wretched existence, but fate has some other plans for her. She comes to know that she has limited time to live and decides to start living everyday instead of merely surviving. She lives every moment without worrying about the future she does not have or the past that could not be undone. She falls in love once again, this time with life! Will fate respect her fortitude?

The story revolves around the Life of Naina, a beautiful and naïve girl brought up in an orphanage where someone left her years ago in the middle of a night. She had two best friends, Kusum and Raghav who lived with her in the orphanage. While growing up Naina had always wondered what wrong she could have done that her parents abandoned her but little did she know that the mistake was her parents’ not her’s. Shanti Amma who ran the orphanage along with Lata Amma was always partial towards Naina and always put aside the best for her. Raghav always had a special place in his heart for Naina and cared for her immensely but she always treated him like a brother. On the Other hand Kusum had always been jealous of Naina though Naina loved her genuinely. Time passed and eventually they moved out of the orphanage and stepped into the real world.

Naina met Siddharth and fell in love at the first sight in spite of Sid being married. She built all her dreams around Sid but as days pass by he starts to move away from her because of his ailing wife. Around the same time Raghav and Kusum announces their marriage as Kusum was pregnant with Raghav’s baby. When Naina came to know about Kusum’s dirty secret she confronts her but Kusum broke up all her ties with Naina and moved away with Raghav. On the other hand Sid had to shift to a different city due to his wife’s treatment leaving Naina alone feeling dejected and depressed. Naina felt that she had lost everyone who mattered to her and got into depression and decided to end her life. Will the story end with Naina’s death? Or the destiny has some other plans?

The book is beautifully written and can be finished off in a single sitting. The language used is simple and easily understandable. The plot is intriguing and takes you off to the life a girl who has lost everyone she ever loved. How the feeling of loneliness and dejection lead a person into depression with suicidal feelings is displayed in the book. Our lives revolve around some relationships and when they end we feel like we have lost the purpose of life. We feel lonely. We become weak and think of ending the misery by taking our life. We forget that life is a beautiful gift from God and is greater than any other misfortune that can ever happen. We forget that that the focus of our life is within us and not in some other person. Everything lies within us, we don’t need to be dependent on others for our happiness. Depression is serious and can lead you to such thoughts but this could be avoided if only we avoided dependency on any other person or materialistic things for our contentedness. Kudos to the author for coming up with such a thought provoking story and giving out a message to the society. Though all the characters are well casted but my favourite one is that of Dr. Anurag, his persona and the process of thinking is really admirable. I highly recommend this book to everyone out there. Anything dealing with the feeling of loneliness or loss should read this book once. It will change your views on life.

6 thoughts on “From Ashes To Dreams”