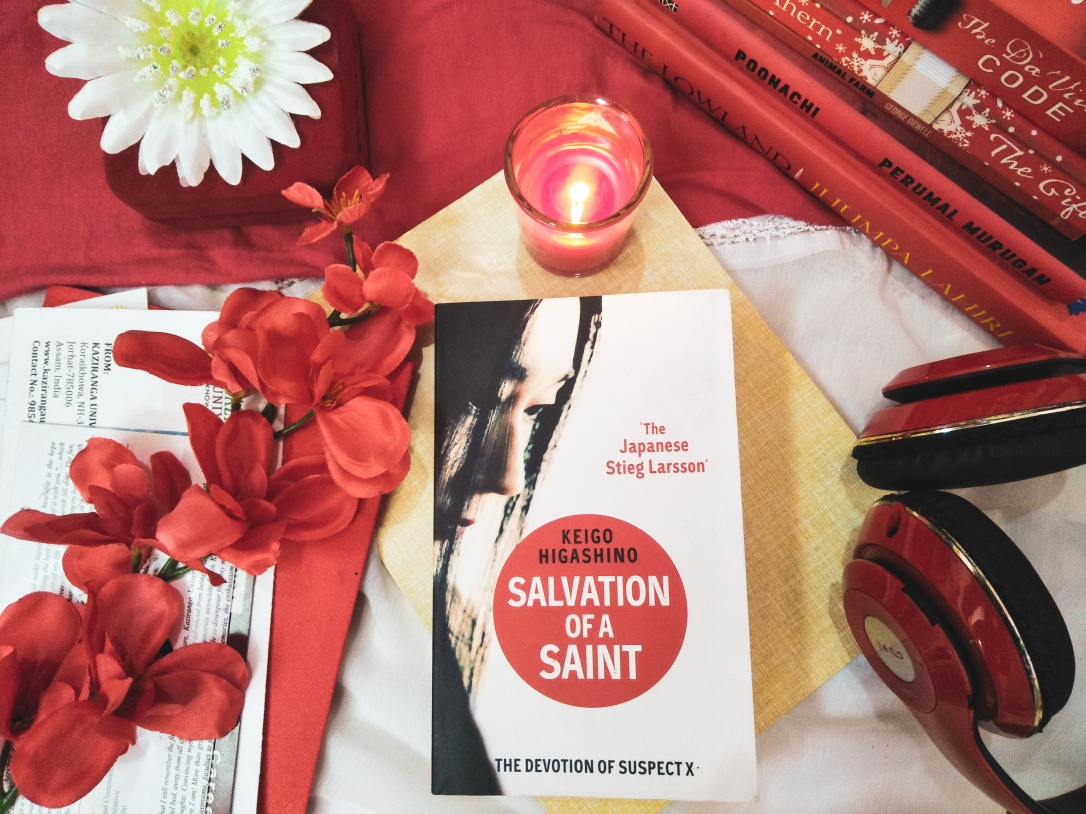 “Sometimes it’s as important to prove there is no answer to a question as it is to answer it.”

#blurb: When a man is discovered dead by poisoning in his empty home his beautiful wife, Ayane, immediately falls under suspicion. All clues point to Ayane being the logical suspect, but how could she have committed the crime when she was hundreds of miles away?

As Tokyo police detective Kusanagi tries to unpick a seemingly unrelated sequence of events he finds himself falling for Ayane. When his judgement becomes dangerously clouded his assistant must call on an old friend for help; it will take a genius to unravel the most spectacular web of deceit they have ever faced…

When Yoshitaka dies mysteriously in his empty apartment the first one to discover his body is his girlfriend Hiromi with whom he is having an extramarital affair. His wife Aayane is at her parent’s house when the incident takes place. Police first suspects Hiromi of the murder but drops it due to lack of evidence. Eventually they find out some deep secrets which clears Hiromi of the charge but points towards Aayane. But there is no sufficient evidence to prove Aayane’s guilt. That’s when the genius physicist comes to their rescue. Moreover detective Kusanagi’s judgement gets clouded due to his liking towards Aayane. How are they going to solve the crime? Who is the real culprit?

This book is yet another masterpiece by Keigo Higashino which doesn’t fail to amuse. It is a twisted tale which can’t be solved without the help of a genius. And if you know the style of Keigo Higahino’s writing then you already know that within the first few pages you will know about the real murderer and the rest book revolves around how the crime was committed and how come there is no evidence. Every page is filled with twists which keep you hooked till the end. It is a very fast paced thriller and can be finished in a single sitting. The writing style is captivating and doesn’t let you lose interest for even a second. I can guarantee you there is never a dull moment in this book. And the end is going to leave you dumbfounded. It is a must read for all the mystery buffs out there. Out of all the three books I have read by Keigo Higashino this is my ultimate favourite.